Yes. But I think I got more emotionally swindled than anything. I paid $2000 for a King Simmons Beautyrest World Class Firm, a queen Serta Formosa Eurotop, box springs, metal frames, and a 43” Insignia LED TV.

The list price for all of these things together was somewhere around $5199. What an amazing deal!!!! OR WAS IT? On the positive side, I don’t think I overpaid. Could I have gotten the price knocked down another couple hundred dollars? Probably. But the part that bothers me the most is that I left the store feeling like I had robbed it. Like I had gotten a STEAL. Well it turns out that this was the board that they set and I played perfectly into their little game.

Here’s how it happened. Tommy and I wandered into a Mattress 1. They had a very confusing promotion going on that was called “Any Size for Twin Price”. The confusing part about this was that it was EXACTLY what it said it was. Come again? “Any Size for Twin Price”. Seriously? This went on for some time with the sales associate. When I really think about it, mattresses are probably made of extremely cheap materials. The $3699 king size mattress that was marked down to $1599 probably cost $20 to make, so either way their margins are ridiculous.

END_OF_DOCUMENT_TOKEN_TO_BE_REPLACED

After living in London for six months, I finally appreciate scones. Not the dry crumbly triangles that americans pass for scones. But real scones. Which are actually more like biscuits. Not the english kind. The american kind. Let me start over.

The staple of a proper afternoon tea is a good scone with fresh clotted cream and jam. It’s always the simple things that get overlooked and underrated. But when I stumbled upon this recipe for homemade clotted cream, the craving came to me. And when I gave my Irish husband the pick of my next culinary experiment, he was instantly drawn to the scones. A match made in heaven.

All credit goes to the view from the great island and fifteen spatulas for the recipes but here are anecdotes from my experience.

END_OF_DOCUMENT_TOKEN_TO_BE_REPLACED

At one time, I found the bright sunny yellow color of my KitchenAid standing mixer cute. I thought it was quirky, spunky, wacky, whimsical. Perhaps that was just a rationalization I told myself so I could get the 30% off that goes along with a discontinued color. I manufactured love for this color for quite a few years. But in my newfound DIY spirit, I took on the KitchenAid Makeover Project.

Cute isn’t exactly what I’m going for in the new house. Which is going to be done in TWO WEEKS! Classic, sophisticated, clean. Those are the words to describe the new kitchen. So the KitchenAid needed a makeover. I roughly followed the directions from Dwell Beautiful. And here follows my interpretation with the quite remarkable result!

END_OF_DOCUMENT_TOKEN_TO_BE_REPLACED

This post is for the naysayers. For all of the people that gasped and asked “Are you sure???” when I told them I was getting carrara marble countertops in my kitchen. This post is my resounding “YES I AM SURE”. Every home decor blogger has an obligatory carrara marble post. I’ve read many of them and here is the bottom line. Yes, carrara marble is difficult to care for. It is porous. You have to seal it at least once a year and even then, you will get stains and marks no matter what you do. BUT, it’s gorgeous and it’s a great countertop to work on, especially if you bake.

Many people say that if you are a perfectionist, don’t get this countertop. If you are happy with the imperfections that will develop over time (what is referred to as patina), then get it. I had my heart set on carrara from the beginning and nothing was going to change my mind. So I wanted to prepare myself for the future which is why I decided to perform this stain test with this sample that I got from a local fabricator.

END_OF_DOCUMENT_TOKEN_TO_BE_REPLACED 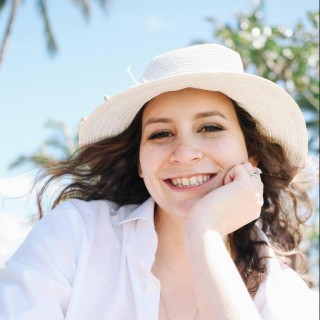 My name is Elizabethe Lakes and usually I'm not wearing a hat. I am however usually daydreaming about my house, doing obsessive research, learning about interior design, and cooking delicious food.